Welcome to one of Vietnam’s most iconic Hotels, InterContinental Saigon and experience with us the very best of Vietnamese warmth and hospitality.

FACILITIES - MEETING AND EVENTS
Experience seamless meetings and conferences at InterContinental Saigon. The hotel features over 1,800m2 of elegant meeting space with first class natural lighting, state-of-the-art facilities and one of the largest pillar less Grand Ballroom in town. 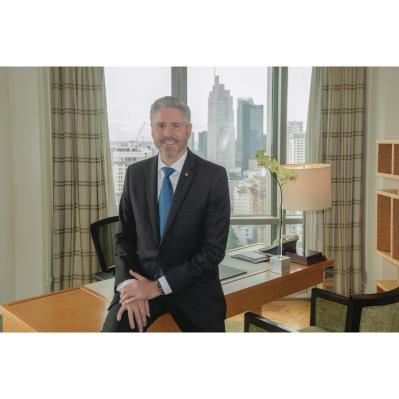 Justin Malcolm is a seasoned hotelier of 27 years with rich management experience on his hands and even richer academic knowledge. Throughout these years, Justin had brought many achievements to his hotels and resorts, including awards such as Excellence in Hotel Service, Best City Hotel, Hotel of the Year, Top 25 Luxury Hotels in Thailand, Best Business Class Hotel in Vietnam, and a Hospitality Superstar Award for himself.

More than just a man of business, Justin is also a keen supporter of the community. He was recognised for several industry-leading projects that contributed to the development of the Asia Pacific region when appointed as Director of Six Sigma, Black Belt.